The goal of the Latgalian Culture Award “Bonuks” is to promote the preservation and development of the culture environment of Latgalians, as well as to gather and honor the most significant achievements by Latgalian culture representatives, and events of the last year, contributing the new creations and the culture diversity.
Project Idea and Goals
To promote the conservation and promotion of Latgalian culture. To gather and honor the most significant achievements in Latgalian culture during the previous year.
Event Organizers
The Embassy of Latgale GORS in collaboration with the societies “Kukuži” and „Latgolys Producentu Grupa”.
The Nomination Applicants
Physic or juridical persons, who develop and popularize Latgalian culture and use Latgalian language in their activities and creative works. They have to meet the regulations referred to nominations as well.
The award is given for bright, high quality, socially significant, public, and professional acclaimed action or creativity in the cultural sector in 2014.
Contacts: bonuks [at] rezekne.lv 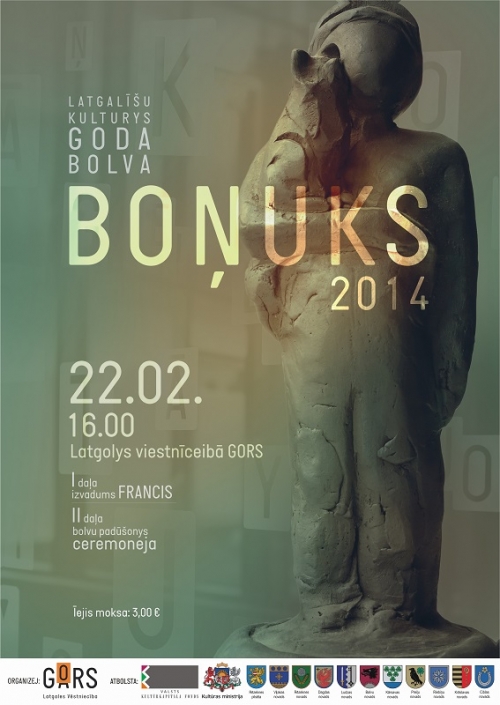 Look back to BOŅUKS 2013 award ceremony