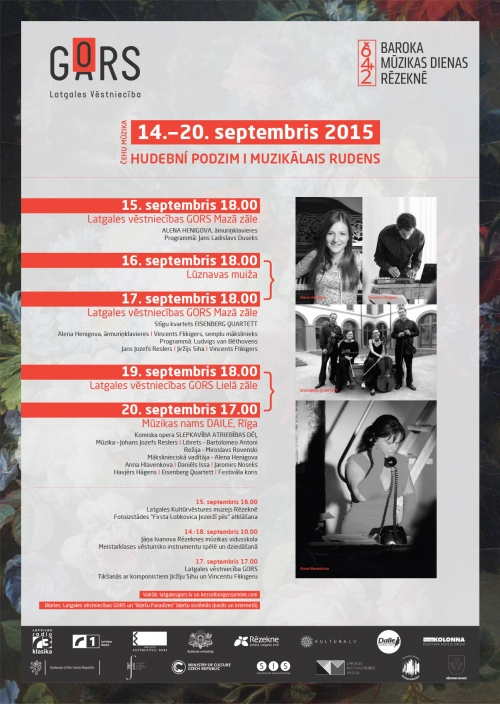 Baroque Music Days of this year are dedicated to the Czech baroque - will resound the Czech music, language, perform Czech musicians. Festival “Baroque Music Days in Rezekne” is an unique event in the measure of Latvia and the world. The mission of the festival has always been providing the opportunity for the audience to experience and enjoy the compositions, which in the form of transcripts have laid in the shelves of libraries for centuries. Here resounds the music that has stayed silent for more than 200 or 300 years. This year also, Baroque Music Days will bring to the light the compositions that will be the discovery for both listeners and musicians themselves.

The story of Ilze Grudule, Artistic Leader of the Baroque Music Festival in Rezekne, in the program KLASIKA radio interview.
Programme of the XI Baroque Music Days in Rezekne : 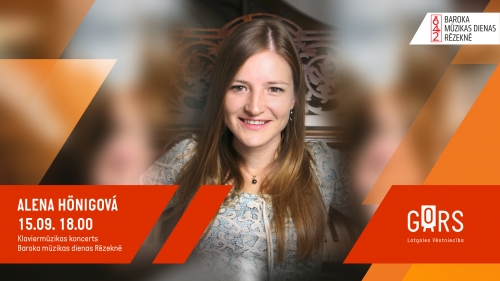 Czech musician Alena Hönigová for the audience of the Baroque Music Days in Rezekne will provide aasn opportunity for the first time to hear a historic piano, manufactured by the British workshop „John Broadwood and Sons” in the first part of 19th century. The piano will travel together with the musician all the way from the Czech Republic. This British workshop is one of the world’s oldest and most prestige manufacturers of the piano.
In the concert program will resound the compositions for the piano by the Czech composer Jan Ladislav Dussek (1760–1812).
16.09.2015. 18.00 Lūznavas manor
17.09.2015. 18.00 The Embassy of Latgales GORS Small hall
EISENBERG QUARTETT. Concert of the Chamber Music „19. gs. sākuma stīgu kvarteti” 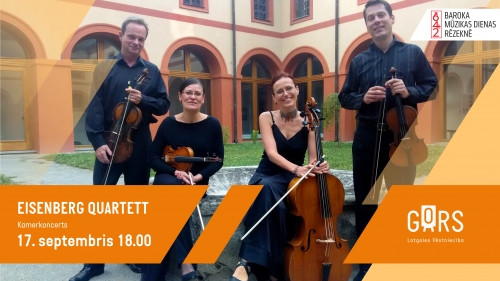 The attendants of the concert “String Quartettes of the Beginning of 19th Century” will have an opportunity to enjoy the compositions of Ludwig van Beethoven, Johann Joseph Resler, Jiri Sycha and Vincent Flückiger.
Participating:
“Eisenberg Quartett” (Czech Republic)
Vincent Flückiger (Switzerland), sample musician and composer
Alena Honigova (Czech Republic), historic piano
"Eisenberg Quartett" (Czech Republic), period instruments
Jana Chytilova, Jirzi Sycha – violin, Ivo Anyzh – alto, Ilze Grudule – chello.
Musicians of the quartet “Eisenberg” met during the festival “Musical Summer of Jezezhi” – during the production process of the opera “Murder for Revenge” in 2013. This moment of uniting was determinative: they decided to keep meeting, in order to dedicate the time to the play in string quartet, using the experience gained during many years while performing in the most outstanding ensembles of the early music. Just as much attention quartet “Eisenberg”  pays to the music of nowadays that is written for the instruments of classicism period. This is the reason quartet is collaborating with the Swiss sample musician and composer Vincent Flückiger. They also perform the compositions of the second violin of the quartet - Jirzi Sycha. Quartet performs in Czech Republic, Latvia and Switzerland.
19.09.2015. 18.00 The Embassy of Latgale GORS, The Great Hall
20.09.2015. 17.00 Music hall DAILE, Riga
Comic Opera MURDER FOR REVENGE (Assasino per Vendetta, 1808) 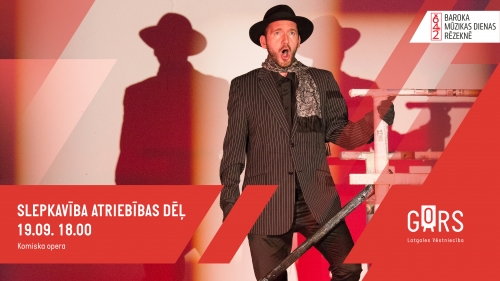 Opera „Murder for Revenge” first was produced during the international festival “Musical Summer of Jezezhi” (Hudebni léto v Jezeri) in the castle of the count Lubkowicz in 2013 – the year of the 200th anniversary of the chapel master and composer Johann Joseph Rosler.

As in the Baroque Music Days in Rezekne, one of the main goals of the “Musical Summer of Jezezhi” is to reveal the forgotten music sheets of the past centuries. One of these is the opera-parody “Murder for Revenge” – rediscovered after 200 years of laying in the shelves of the library. This is the year, when it will be passed for the assessment to the audience of Rezekne.

The owner of the Jezerzhi castle – count Lubkowicz – plays a very significant role in the history of music: he was not only an outstanding expert of the music of that time, but also was appearing in the center of the greatest musical events as one of the most generous patrons. Not in vain, the String Quartet Opus 18 by Beethoven was dedicated to this exact man and the premiere of his Symphony No. 3 was conducted for the elite audience exactly in the theater of Jezerzhi castle. Not in vain, Gluck spent many of his summers at the guest apartments of Jezerzhi castle. At that time, in the orchestra of the count Lubkowicz played the best musicians from Bohemia and Vienna. Nowadays, the descendants of the count are also great appreciators of the music and passionate attendants of the “Musical Summer of Jezezhi” festival.